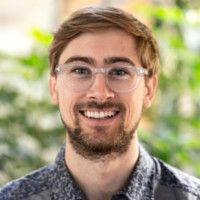 Canva felt Argo Workflows has a better deployment story for their DAGs via an API and command-line tool, and the DAGs were more declarative than with Airflow.

Canva gave a talk at Data Council explaining why they chose Argo Workflows instead of Airflow for orchestrating their Spark data jobs.

Canva is a Sydney-based startup on a mission to empower the world to design. Their application allows users to use templates, images and videos to create designs.

When the data team ran into various limitations and issues with their existing workflow system, they searched for a new, effective workflow system. Because of time constrictions, they only conducted a comprehensive proof of concept between Argo and Airflow to see which one would work for them.

Below we summarize the talk delivered by Greg Roodt from Canva where he shared the evaluation process and his experience with using Argo so far. You can view Greg’s talk here on YouTube.

Canva uses workflows (orchestrated and repeatable patterns of activity) to:

Initially, when Canva had a very small data team, they used AWS data pipelines that worked well for them. Even though it was a complicated tool, it solved a complicated problem reliably for them.

As the team grew in scale (and ambition) they started running into limitations with AWS data pipelines.

Some issues they had were:

These issues were the reason why they explored alternative workflow tools.

The Canva data team had limited time to evaluate the tools in the market and decided to conduct a comprehensive proof of concept between Argo Workflows and Airflow to see which one would work for them.

For their proof of concept, they set up both Airflow and Argo Workflows and implemented an existing, simple, realistic data pipeline. They did the setup themselves on AWS to get a better understanding of the various components and dependencies of both projects.

As part of the evaluation criteria, they needed it to:

What they did not want:

The main issues they found with Airflow:

The main issues they found with Argo Workflows:

Canva found Airflow and Argo Workflows to be capable tools because they could both support their workflows, do live UI and logging updates, and timeouts and retries.

But they did not like Airflow's deployment, so chose Argo Workflows over Airflow.

Argo Workflows had a better deployment story for their DAGs via an API and command-line tool, and the DAGs were more declarative.

The added benefit with Argo Workflows was that the tasks were defined as containers, so if Canva needed to move to another tool in the future (and the tool ran containers), it would be a relatively straightforward migration path.

Put Argo Workflows to work on your data today. Request your personalized demo here from Pipekit.

Caelan is the Co-founder and CEO of Pipekit. He's passionate about using distributed systems to solve data engineering challenges, and is a contributor to the Argo Workflows project.

Argo Workflows lets you define tasks as Kubernetes Pods and run them as DAGs. By contrast, MLflow focuses on machine learning use cases and doesn’t use any DAGs.